I was rostered two Cambodia flights this month, so I decided to swap one of them for a London Heathrow flight – with Mamdouh! It would also mean that I would get to see my family before my birthday so we could have a little early birthday celebration.

It was a night flight over to London so mostly all the passengers were asleep which mean’t we had to fight to keep our eyes open, so as soon as we got to the hotel in London, we slept for a few hours before going out.

Mamdouh has never actually been sightseeing in London so I decided to take him around to see the sights. We got the tube to Knightsbridge and went to Harrods which felt very festive!

Harrods is one of my favourite places in London, I could walk around each of the different rooms for hours! We got some lunch in a restaurant opposite and then walked back to the tube station and made our way to our next stop – Buckingham Palace. 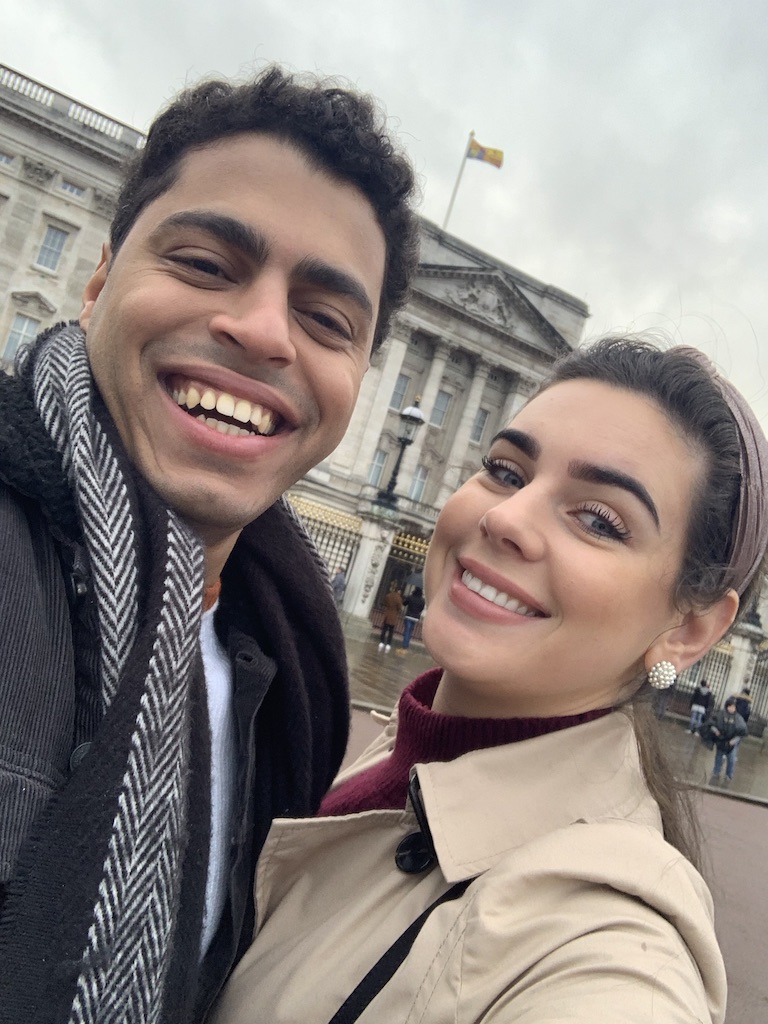 The Royal Standard flag was flying which mean’t the Queen was at home! She was also at home in Windsor when I visited a few weeks ago – she must be following me! We then walked up to Piccadilly and then onto Regent’s Street. 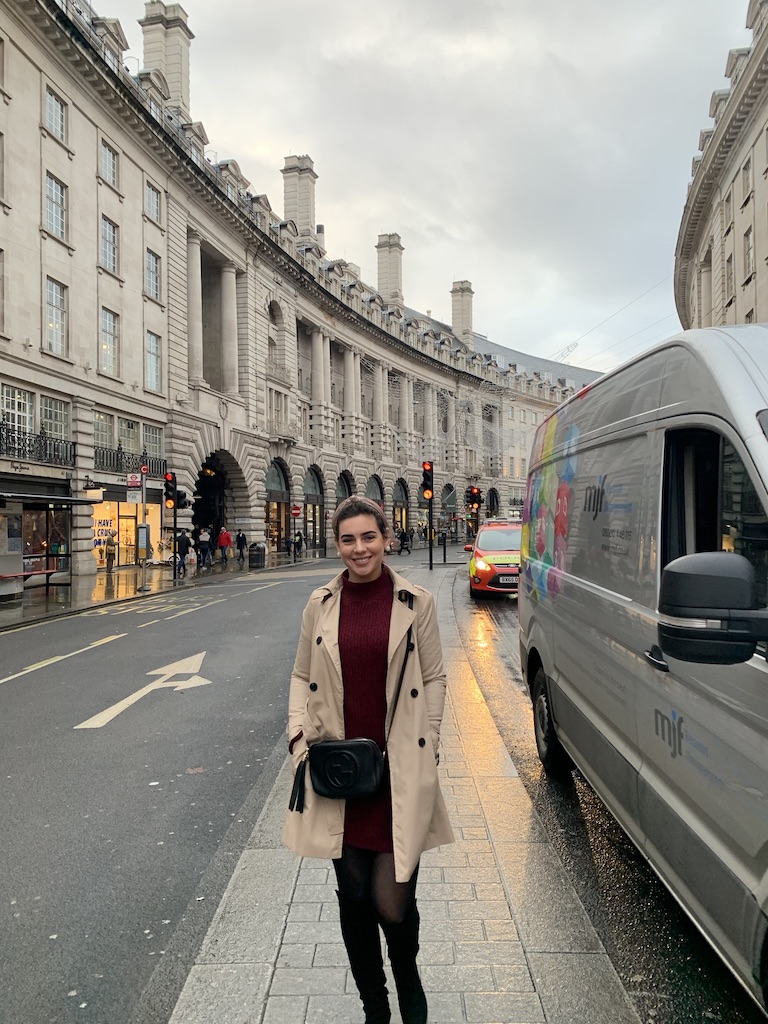 We did a bit of shopping on Oxford Street and then got the tube and train to Greenwich where I met my Mum, Sister and Nephew. They were waiting for us in a lovely pub called the King’s Arms. We ordered some food and then sat there for hours chatting away. I was spoiled with birthday cards and presents so I felt very special for the evening! 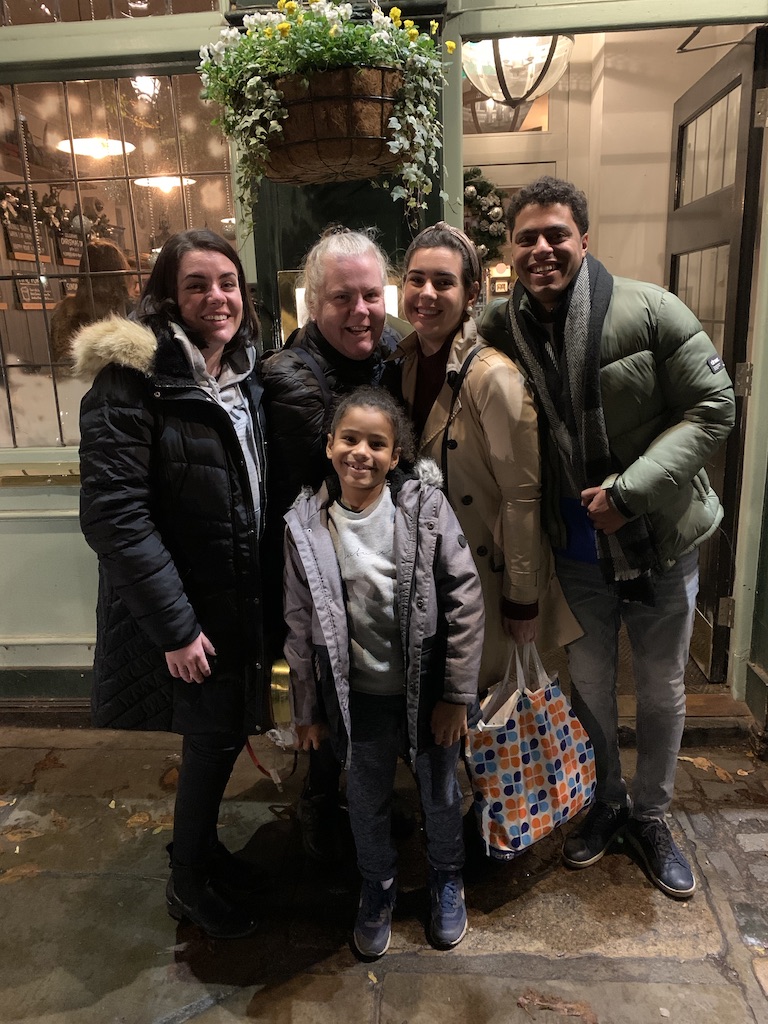 It was a great evening and I’m so glad I got to see them. We then started the journey back to Heathrow, and eventually, 2 hours later, we arrived back at the hotel and went to bed as the pick up was very early the next morning. I had an amazing day in London with Mamdouh, showing him around and then finishing it off with a family dinner – what a perfect layover!!